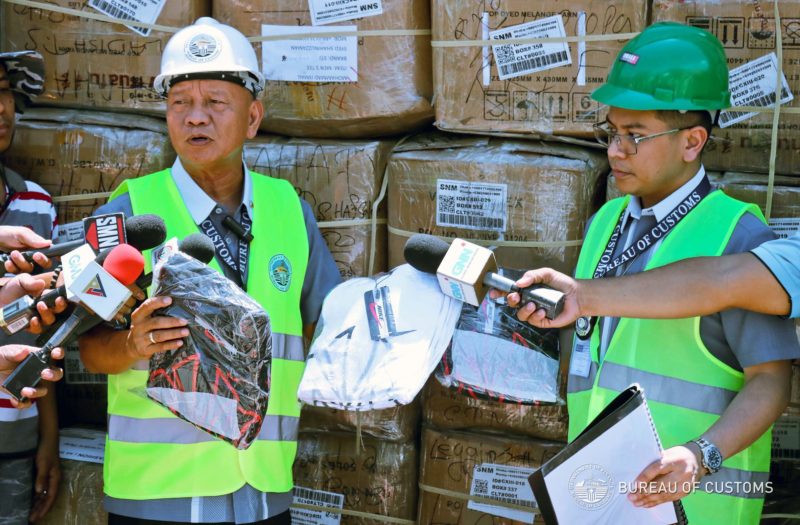 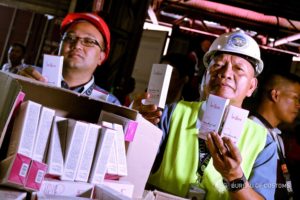 (Updated on June 25, 2pm to reflect Bureau of Customs correction on 13th paragraph, relating to timing of revocation of Megaabundancesteel accreditation.)

The Bureau of Customs (BOC) has seized P28.92 million worth of various misdeclared goods at Manila’s two international ports.

I-Genex declared its shipment as personal effects and household goods but was found to contain used personal items mixed with boxes of beauty products such as hydrating creams, cleanser, mask, and rose water without the necessary Food and Drugs Administration (FDA) permit, Customs commissioner Isidro Lapeña said in a statement.

All three shipments had an estimated value of P13.25 million, BOC noted.

“These shipments have violated Section 1400 in relation to Section 1113 of the Customs Modernization and Tariff Act (CMTA), possible violation of RA 9283 otherwise known as Intellectual Property Code of the Philippines, and RA 9711 also known as  FDA Act of 2009,” the Customs chief said.

A warrant of seizure and detention will be issued by MICP district collector Atty. Vener Baquiran, while the accreditation of the importers will be revoked. 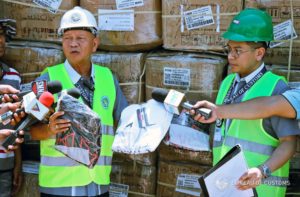 Upon verification of a report that the shipments were misclassified, BOC found that there was a 100% discrepancy in duty and tax declared against the computed duties of the customs examiner.

“Hot-rolled steel coil is cheaper than cold rolled because it is manufactured without any delay in the process. While the galvalume costs higher since it has an aluminum and zinc coating,” Lapeña explained.

Previously, Megaabundacesteel was implicated in the unauthorized released of 105 alerted containers at the Port of Manila. A criminal case against the importer was already filed at the Department of Justice by BOC’s Legal Service.

Lapeña said Megaabundancesteel’s latest shipments were part of its remaining shipments that arrived at the port before their accreditation was revoked.

“The examination of the customs officers showed that Megaabundancesteel made a high disregard of the law,” Lapeña noted.

“Under Section 1400 of the CMTA, a discrepancy in duty and tax to be paid between what is legally determined and what is declared amounting to more than 30% shall constitute a prima facie evidence of fraud,” he added.

The Office of the District Collector of Port of Manila has already issued a warrant of seizure and detention against the 16 seized shipments for violating Section 1400 in relation to Section 1113 of the CMTA.

The seized goods were worth more or less P15.67 million, according to Port of Manila district collector Atty. Erastus Sandino Austria.

“I am telling the public that the 100% inspection of alerted shipments will continue unless the importers will follow the rules and pay what is due to the government. We are firm in our campaign against smuggling of fake products and contrabands,” Lapeña said.

BOC noted that the Customs commissioner has a standing order to revoke the accreditation of all erring importers and customs brokers.