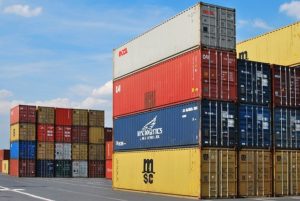 The Bureau of Customs (BOC) is planning to adopt a voluntary pre-shipment inspection (PSI) for containerized cargoes this year in a bid to minimize smuggling.

“With the influx of importation…comes the surge of smuggled goods. For this reason, there is a plan to extend pre-shipment inspection to containerized cargoes to prevent such smuggling of goods,” Maronilla said.

PSI is currently madated for bulk and breakbulk shipments.

“The details of the voluntary advance customs clearance shall be subject to the rules and regulations to be issued by the Bureau after conducting the necessary public hearings and consultations with the concerned sectors,” it added.

Maronilla said a customs memorandum order will be issued to implement the program. Importers availing of the program will enjoy certain benefits, including faster processing of shipments.

He said BOC will administer the program “on a voluntary basis first to see how it works and then eventually, we’ll make the necessary proposal to the Department of Finance, whether or not to make it as a mandatory program.”

In an interview after the forum, Maronilla told PortCalls no definite date for implementation has been set as “there are a lot of issues that need to be resolved.”

He said BOC has to study such issues as the process of accrediting PSI service providers and the number of providers that will be accredited.

He noted, however, that “within the year, [I’m] pretty sure there’s going to be a concrete development on this one.”

There had been previous plans to implement PSI on containerized shipments but these were opposed by stakeholders because of cost implications and the measure’s potential negative impact on trade facilitation.

Some members of the World Trade Organization, during its Fifth Trade Policy Review of the Philippines, also expressed reservations with the PSI requirements. – Roumina Pablo

Image by Jarosław Bialik from Pixabay