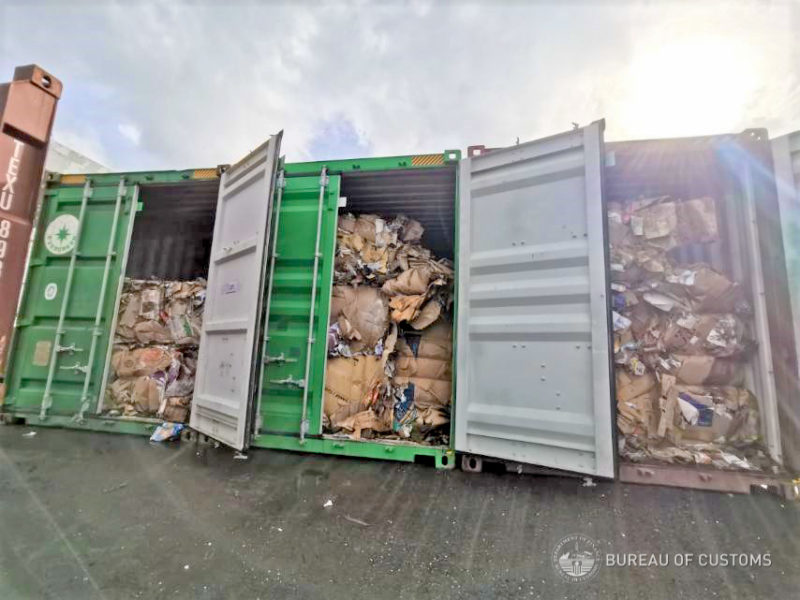 Two import containers of potential waste materials into Subic port were intercepted by the Bureau of Customs (BOC) on October 21.

The two containers, which are part of the 30 containers consigned to Bataan 2020, Inc. that were alerted by BOC-Subic, arrived from the United States and were declared to contain “American old corrugated cartons for repulping.”

The customs bureau is still conducting an inventory to ascertain the volume and actual contents of the shipment.

Investigation for possible violation of Section 1400 (Misdeclaration) of Republic Act No. 10863, otherwise known as the Customs Modernization and Tariff Act, as well as pertinent environmental laws, is also underway.

The apprehension was made through the combined efforts of BOC-Subic and the Department of Environment and Natural Resources.

READ: BOC completes return of dumped waste back to Korea

In previous years the customs bureau has returned some illegal and hazardous waste shipments that were imported into the country. Just last August, BOC Cagayan De Oro exported back to South Korea the last batch of the 251 containers of hazardous wastes illegally dumped in the Philippines in 2018.