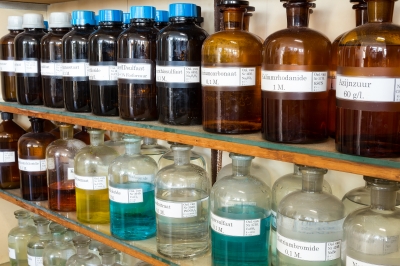 The Bureau of Customs (BOC) has ordered all chemical shipments entering the Philippines be placed on alert status as requested by the Philippine Drug Enforcement Agency (PDEA) and as directed by President Rodrigo Duterte to stop the flow of illegal drugs into the country.

Customs Memorandum Circular (CMC) No. 228-2018, dated November 8 and signed on November 9 by Customs Commissioner Rey Leonardo Guerrero, directs all chemical imports be placed on alert status and subject to non-intrusive inspection for possible presence of controlled precursors and essential chemicals (CPECs) used to manufacture dangerous drugs, in diluted, mixtures or in concentrated form, as well as packaging, repackaging, labeling, relabeling, or concealment of such chemicals through fraud, destruction of documents, fraudulent use of permits, misdeclaration, use of front companies or mail fraud.

Exempt from the directive are imports of chemicals by multinationals and other companies with duly issued permits from the Philippine National Police (PNP) and PDEA, “without prejudice to the issuance of an alert order on a case to case basis when the situation so warrants,” CMC 288-2018 states.

The circular notes that during the Cabinet meeting held on November 6, the President declared he would issue a memorandum circular directing the entire government machinery to mobilize their assets and take an active role in the government’s nationwide anti-illegal drug campaign. He also authorized the activation of the National Anti-illegal Drug Task Force composed of personnel from the PNP, Armed Forces of the Philippines, Philippine Coast Guard, BOC, and other government agencies. The task force is envisioned to provide the necessary personnel complement to implement the presidential directive to BOC to stem the flow of illegal drugs into the country, the CMC states.

The order also directs customs officials to “use all lawful means and accepted procedures to determine such chemicals and substances to be subjected for verification.”

Former customs commissioner Isidro Lapeña this year also issued a directive to place agricultural shipments under alert orders following a request from the Department of Agriculture to curb agricultural smuggling.

PDEA’s CPECs include chemicals listed in Tables annexed to the 1988 United Nations Convention Against Illicit Traffic in Narcotic Drugs and Psychotropic Substances, as well as substances classified as such by the Dangerous Drugs Board (DDB) pursuant to Article XI of Republic Act No. 9165 (Comprehensive Dangerous Act of 2002), according to the Philippine National Trade Repository.

Importation of chemicals under the CPEC list is regulated by PDEA, and requires valid PDEA license and valid PDEA import/special permit or DDB resolution granting exemptions to certain finished products and/or Submission of Notice of Arrival of shipment to PDEA within five working days upon arrival at the port of entry.

PNP has a list of 32 controlled chemicals that require a police permit to be imported, and their transportation from the port to the warehouse or facility of manufacturers must be monitored or approved first.