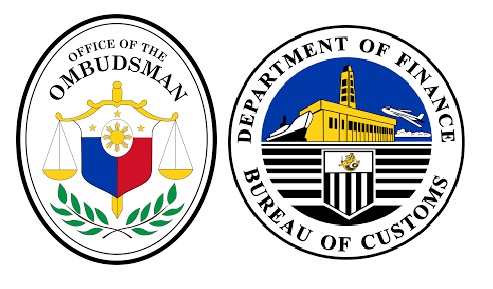 The Office of the Ombudsman has dismissed from service an employee of the Bureau of Customs (BOC) found guilty of grave misconduct and serious dishonesty for amassing P6.2 million worth of unexplained wealth.

Michael Ben Icban, an intelligence officer of BOC, was dismissed from service and stripped of his benefits and privileges as a government employee, the Department of Finance (DOF) said in a statement.

In a separate case, the Court of Appeals (CA) affirmed with finality a ruling by the Ombudsman that found another BOC employee–supervising customs operation officer Zaldy Almoradie–guilty of simple dishonesty for misrepresenting an entry in his Personal Data Sheet (PDS).

DOF said both decisions by the Ombudsman and CA stemmed from complaints filed by the DOF’s anti-corruption arm, Revenue Integrity Protection Service (RIPS), against the two BOC employees.

In the case of Icban, RIPS found he made several untruthful declarations in his Statement of Assets, Liabilities and Net Worth (SALN) regarding his real estate property in Antipolo and his Honda Civic motor vehicle.

Icban also failed to declare in his SALN two firearms he owned, RIPS said in its complaint before the Ombudsman.

As for Almoradie, RIPS said he answered “No” on his PDA to the question: “Have you ever been formally charged?” despite having been preventively suspended from office by BOC from September 24 to December 23, 2008, pending charges filed against him for grave misconduct and conduct prejudicial to the best interest of the service.

In dismissing Icban from service, the Ombudsman also ordered his perpetual disqualification to hold public office and the initiation of forfeiture proceedings before a regular court for the recovery of his unexplained wealth that the anti-graft body computed to have amounted to P6.259 million.

The Ombudsman affirmed RIPS’ finding that this amount was grossly disproportionate to the income of Icban, whose only steady source of lawful earnings was his salary in BOC. RIPS filed a complaint before the Ombudsman after conducting an investigation and lifestyle check on Icban.

RIPS also recommended the filing in court of eight counts of perjury against Icban for willfully and deliberately filing false, untruthful, and incomplete SALNs from 2007 to 2014.

In its decision, the Ombudsman affirmed the findings by RIPS that Icban acquired unexplained wealth, which ballooned to P6.057 million by the end of 2014, from a comparatively meager P20,000 of net worth as indicated in his 2003 SALN.

“This Office finds respondent guilty of Grave Misconduct for having transgressed the law, particularly his acquisition of unexplained wealth .… as well as Serious Dishonesty for his deliberate failure to disclose all of his supposed properties in his SALN and for stating under oath that the declarations therein are true and correct,” the Ombudsman said.

In his defense, Icban denied making false declarations in his SALNs and amassing unexplained wealth.

Icban assailed the RIPS finding that his government salary was his only source of income, claiming his parents were his biggest sources of additional funds and monetary support.

The Ombudsman, however, found Icban’s defense as “simply astounding” and said he “failed to rebut by clear and convincing evidence” RIPS’ allegation that he acquired unexplained wealth.

Except for his parents’ affidavit affirming their love and generosity for him, the Ombudsman said Icban was not able to present solid proof to show his parents’ financial capacity to make substantial loans and donations to him.

Icban also failed to present evidence to support his claim of other sources of funds, the Ombudsman said.

In the case against Almoradie, RIPS charged him for various violations of SALN laws, and for making material misrepresentation in his PDS.

While Almoradie was not held liable for his false and erroneous declarations in his SALNs, the Ombudsman found him guilty of Simple Dishonesty for his misrepresentation in his PDS.

The CA upheld the Ombudsman’s ruling that his act constituted Simple Dishonesty under Section 5 of Civil Service Commission (CSC) Resolution No. 06-0538 issued on April 4, 2006.

Finance undersecretary Bayani Agabin, who heads DOF’s Legal Service and oversees RIPS, said RIPS is authorized by law to track properties and assets, “so let this be fair warning to those with dishonest intentions.”