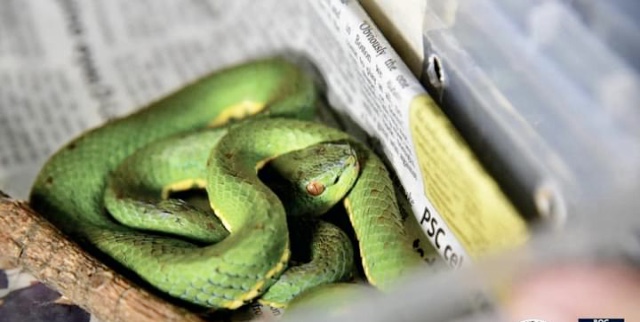 The Bureau of Customs-Port of Ninoy Aquino International Airport intercepted 25 live reptiles with a market value of P300,000 for export to Taiwan on Feb 18.

They were declared as “souvenir items” by a certain “Adrian Lim” from Pasig City and was consigned to a certain “Ryan Su” of Taiwan, the BOC said in a statement.

The seized animals were turned over to the Department of Environment and Natural Resources (DENR) for proper handling and disposition, including the consequent profiling and case build up against the shipper and co-conspirators for illegal wildlife trade in violation of Republic Act 9147 (Wildlife Resources Conservation and Protection Act) and RA 10863 (Customs Modernization and Tariff Act).

The animals were discovered through the joint efforts of the Port of NAIA and BOC offices under Export Division, Enforcement and Security Service, Environmental Protection and Compliance Division, X-Ray Inspection Project, Customs Intelligence and Inspection Service and DHL in coordination with DENR.

BOC-Port of NAIA District Collector Carmelita Talusan said the BOC under the leadership of Commissioner Rey Leonardo Guerrero, the DENR and other concerned government agencies are committed to strengthening collaboration against illegal wildlife trade for the protection of wildlife.

The BOC-Port of NAIA was commended by Traffic Asia in March 2019 for the confiscation of 1,529 freshwater turtles and tortoises concealed in suitcases, and by the U.S. Fish and Wildlife Service in September 2020 for interception of a reticulated python concealed in a rattan basket.