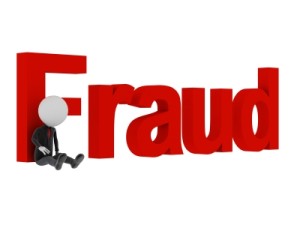 The heads of two Philippine agencies—Maritime Industry Authority (Marina) and Bureau of Customs (BOC)—are warning their employees as well as stakeholders about “unscrupulous” individuals using the two officials’ identities to extort money or gain favors.

Marina administrator Dr. Maximo Mejia, Jr. and Customs commissioner Alberto Lina signed on November 26 separate orders drawing attention to the scheme by some individuals using their names for unauthorized activities or nonexistent projects in an attempt to fleece people.

In Marina Advisory No. 2015-21, Mejia said “there are unscrupulous persons/individuals identifying themselves as the Marina Administrator or his representative or Marina officials and asking/soliciting donations from the victim/s for alleged projects, events or programs of Marina, among others.”

“The Administrator and the rest of the Marina officials and employees strongly denounce this scheme and would like to inform and warn the general public of this illegal activity,” Mejia said, adding that the maritime agency “never solicits donations.”

Marina said individuals contacted by such fraudsters can report to the local police or the Marina Office of the Administrator.

Similarly, Lina in a memorandum informed BOC officials and employees that “certain unscrupulous people may have been using the name of the Commissioner of Customs to extort money or gain favors from those having interests in matters pending with or involving this Bureau and in the facilitation thereof to cause disinformation, nuisance or disruption in the rendition of business in this Bureau in its normal and regular course.”

“Such acts are not authorized, tolerated or countenanced by the undersigned and should be reported to his office for appropriate legal action,” the commissioner added.