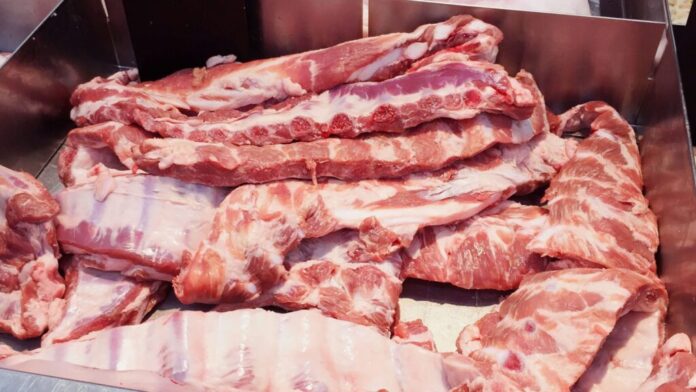 The Bureau of Customs (BOC) reported foregone revenues of P3.4 billion from swine meat imports as of mid-November following tariff cuts and a temporary increase in allowable import volumes.

In a report to Finance Secretary Carlos Dominguez III, BOC said that from April 7 to November 12 this year, pork imports reached 197 million kilograms.

Executive Order (EO) No. 128, signed on April 7, reduced the most-favored nation (MFN) tariff rate on pork imports within the minimum access volume (MAV) to 5% and that on pork imports outside MAV to 15% for the first three months of the order’s effectivity. EO128 was in effect from April 7 to May 14. The temporary reduction of tariff was intended to address the African Swine Fever’s (ASF) impact on pork meat supply and price in the Philippines.

On May 15, EO 134 was signed and superseded EO 128 following a compromise between the government’s economic team and the Senate in consideration of the reduced tariff’s effects on the local hog industry. EO 134 adjusted the tariff on pork imports to 10% within the MAV or in-quota and 20% outside the MAV or out-quota for the first three months, and 15% for in-quota and 25% for out-quota from the fourth to the 12th month. EO 134’s one-year effectivity began on May 15, 2021.

“To compute for the effect of the two EOs, we multiplied the dutiable value of meat by 25%—less 5% and 15%—which were already paid for EO 128, and multiply the dutiable value by 20% and 15% for EO 134. The result showed a revenue loss of P3.4 billion,” BOC Commissioner Rey Leonardo Guerrero said during a recent Department of Finance (DOF) executive committee meeting.

Dominguez earlier said he expected revenue losses from lower pork import tariffs to reach P11.2 billion this year under EO 134. Citing estimates from the National Economic and Development Authority, Dominguez said the projected savings of P50.1 billion to be gained by consumers from lower pork prices and the subsequent easing of inflationary pressures far outweigh the state revenue loss from the temporary tariff cuts.

Guerrero said the volume of pork imports started spiking in March and continuously grew in April to May, but has dropped starting June.

The significant increase in pork import volumes continued in May, when a total of 36.5 million kg entered the country, representing a 506% hike from the 6.02 million kg imported during the same period in 2020.

In June, pork imports reached 33.62 million kg, which was 531.39% more than the 5.32 million kg brought into the country during the same period last year.