BOC to intensify drive vs rice and sugar smuggling, expedite auction amid undersupply 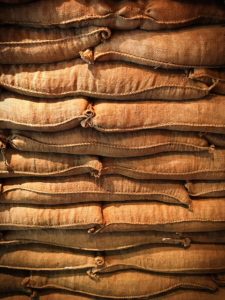 Finance Secretary Carlos Dominguez III has ordered the Bureau of Customs (BOC) to keep a closer watch on the entry of “hot” rice and sugar in the Philippines, and speed up the auction of seized stocks amid the current supply and price issues concerning these prime commodities.

Dominguez, in a statement, said BOC should keep tabs on the smuggling of these commodities, given that the currently tight domestic supply of rice and sugar would prompt unscrupulous traders and other groups to sneak more of these goods into the country without paying taxes.

In his report to Dominguez, Customs Commissioner Isidro Lapeña said that a public auction was held last July 17 for some 75,000 sacks of seized rice stocks from Sta. Rosa Farm Products Corp., against which BOC has already filed cases for its illegal importation.

He said another public auction was held the following day for another 25,000 sacks of rice, in line with President Rodrigo Duterte’s instruction to swiftly dispose of rice stocks in BOC’s custody.

The two auctions together yielded a total of P177.9 million in additional revenues for the BOC, Lapeña said.

The amount “shall be held in escrow pending final resolution of seizure and abandonment proceedings,” Lapeña said in his report during a Department of Finance Executive Committee meeting.

Dominguez told the customs commissioner to make sure that importers of the seized stocks do not end up buying them during the auction.

Lapeña replied that BOC made sure the importer was excluded from the proceedings by asking the National Food Authority for a list of registered rice importers.

Lapeña said the bidding for the rice stocks was initially conducted by BOC because the Bureau of Treasury needed more time to set up its auction system for the commodity.

“But next time sir, we will avail of the (auction) system,” Lapeña said.

Earlier, Dominguez ordered sister agencies BOC and Bureau of Internal Revenue (BIR) to train their sights on the smuggling of rice and four other commodities.

Dominguez told Lapeña and BIR Commissioner Caesar Dulay to focus on rice, fuel, steel, cigarettes, and other food and agricultural products such as chicken, onions, and garlic in beefing up the government’s efforts to combat smuggling.