BOC: New CY/CFS rates may be released next month 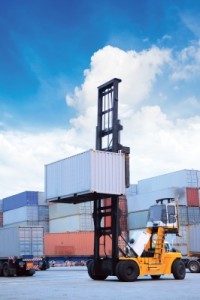 The Bureau of Customs (BOC) will soon hold a public consultation on its plan to revise rates for off-dock container yards and container freight stations (CY/CFS).

Speaking at the July 21 Forum on Revised Rules for Sea Manifest Submission, Deputy Commissioner Atty. Agaton Teodoro Uvero, of the Assessment and Operations Coordinating Group (AOCG), said Customs Commissioner Alberto Lina is “amenable to issuing new rates, which are reasonable and acceptable to the private sector, but he wants to conduct a public consultation.”

No date has been set for the public consultation but Uvero said he hopes the new rates will be implemented “in the next month or so.”

Stakeholders as well as CY/CFS operators have been pushing for a new rate structure, saying the current one is outdated having been approved in 2001.

Aside from revisiting the rates, Uvero said BOC will review operations of CY/CFS facilities as well as customs bonded warehouses (CBWs) in line with a plan to adopt standards.

The customs executive said CYs and CFS, especially CBWs, should be automated and secure, with premises assigned for customs officials, among others.

Last May, BOC directed its officials to instruct operators of CBWs, on-dock CY/CFS, arrastre operators, and other facilities that store imported goods to apply for a license as CBW.

Uvero, through AOCG Memo No. 3-2015 dated May 14, said this aims to ensure proper monitoring and control of imported cargoes.

In a separate statement earlier emailed to stakeholders, Uvero said, “We are under instructions from the Commissioner to ensure that we continue our work to harmonize and simplify procedures on port operations, and to ensure that uniform and transparent rules are applied to all concerned.”

The BOC executive said that as part of ongoing reforms, BOC has been reviewing rules, procedures and standards applicable to all facilities that serve as temporary storage areas for imported goods not yet cleared by customs.

“What we have seen is that these rules and standards are inconsistent and inadequate and, in many instances, do not exist at all,” Uvero pointed out.

In addition, off-dock CYs and CFS have CBW licenses, while most on-dock facilities (or located in the ports) don’t.

He explained that under tariff and customs laws, CBW licenses are required from warehouses, CYs, CFS, examination areas, and similar temporary storage facilities for imported goods.

“These facilities also need to be under customs control and jurisdiction to ensure that imported goods are subject to customs formalities before being withdrawn for local consumption, or for delivery to economic zones, free ports, or CBWs,” Uvero said.

As of Sept 2014, BOC said it has registered 96 CBW operators out of a total 114 warehouses nationwide; some operators manage more than one CBW.

One of the BOC’s proposed projects early last year was to automate CBW operations and include them in BOC’s electronic-to-mobile system. – Roumina Pablo