BOC collection short of target by 17% 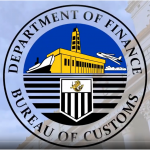 The latest figure was also 17% short of the P193.89-billion target, the bureau’s mother agency Department of Finance (DOF) said in a statement.

DOF attributed the lower collection to most economic activities grinding to a halt due to the enhanced community quarantine in Luzon and other parts of the country, which also affected collection of BOC sister agency Bureau of Internal Revenue (BIR).

From January to mid-April this year, BIR took in P480.64 billion, 32% less than its year-on-year collection.

Finance Secretary Carlos Dominguez III earlier said estimates by the Development Budget Coordination Committee (DBCC) show that if the economy posts zero growth this year as a result of the health, social and economic impacts of the COVID-19 pandemic, the decrease in revenues will be around P286.4 billion.

If growth is negative one percent, then the revenue decline is estimated at P318 billion.

The original 2020 combined revenue goal set by DBCC for the two main collection agencies was P3.307 trillion, of which BIR was to collect P2.576 trillion and the BOC, P731 billion.

“Our tax collections are definitely going to be a bit lower than our original target but as I said, these are things that we can finance,” Dominguez said. He said sound economic policies put in place since 2016 has given the government ample fiscal headroom to meet the challenges of COVID-19.