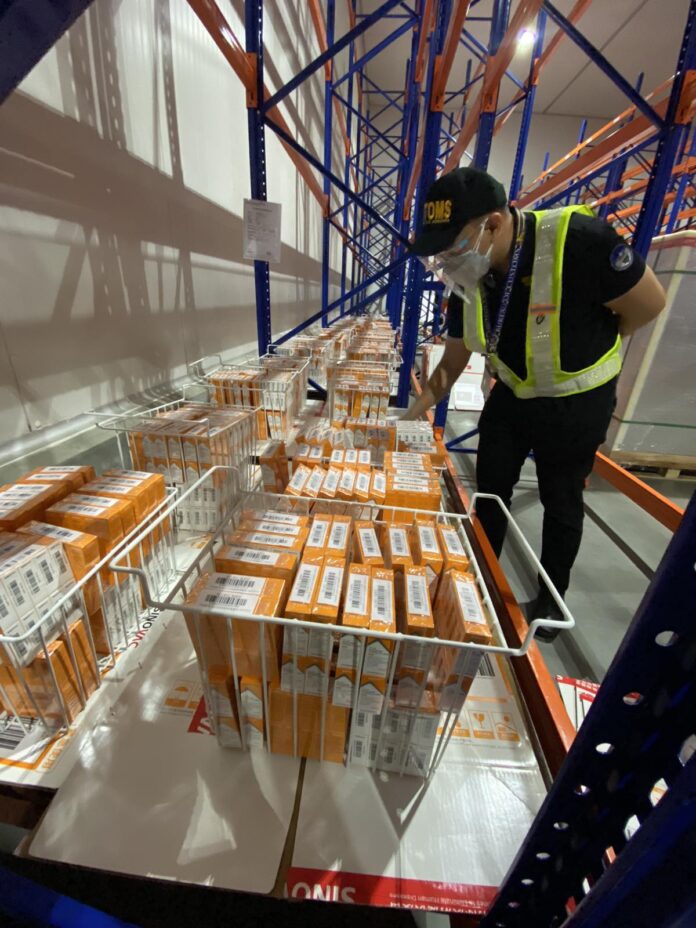 The Bureau of Customs (BOC) has cleared and released one million doses of vaccine from Chinese biopharmaceutical company Sinovac Biotech Ltd. through its advance clearance process.

The vaccines arrived at Ninoy Aquino International Airport (NAIA) on March 29 but had been customs cleared as early as March 26 through BOC’s One Stop Shop Advance Clearance Procedure, BOC said in a statement.

BOC said it is also the fifth batch of COVID-19 vaccines to arrive and be processed by the collection district of NAIA, which to date has already processed, cleared and released over 2.5 million doses of vaccine.

BOC also escorted the vaccines for safe delivery and discharge to the Metropac Cold Storage Facility in Marikina City pending their nationwide distribution.

Galvez said these monthly deliveries will continue in the third and fourth quarters of the year until the manufacturer has shipped all 25 million Sinovac doses to the country.

The procurement of Sinovac vaccines is being done through a monthly purchase order handled by the Department of Health using its appropriated funds for 2021.
The delivery of other government-procured vaccines will begin in April.

Customs commissioner Rey Leonardo Guerrero said BOC will continue to prepare for the expected influx of COVID-19 vaccines and ensure their swift processing, clearance and release.