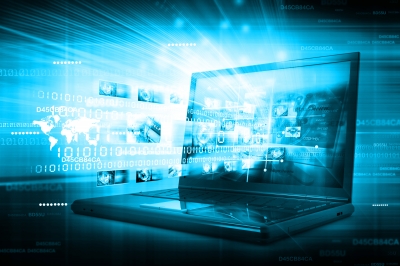 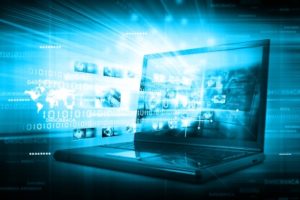 The Philippine air freight industry must step up and embrace automation if it is to continue to grow and compete, according to Singapore-based air cargo systems provider Cargo Community Network Pte. Ltd. (CCN).

With the global economy moving faster, the e-commerce industry booming, and consumers wanting products delivered at once, the air cargo industry has to catch up and deliver.

“You have to go that way (automate) if you want the volume, (and if you want) the whole industry to grow and to be able to handle more shipments,” Karen Seet, CCN manager for commercial (Southeast Asia), told PortCalls in a recent interview.

The industry can start by adopting electronic messaging, starting with the electronic air waybill (eAWB), which have been in place in other countries and adopted by industry players for years now, Seet said.

In 2015, the Philippines ratified the Montreal Convention 1999, formally known as the Convention for the Unification of Certain Rules for International Carriage by Air. The convention establishes the legal framework that allows airlines to use electronic documentation for shipments to reduce costs and increase efficiency.

For years, it has been challenging for the air cargo players in the Philippines to adopt electronic messaging and eAWB, but the situation is now improving, Seet observed.  Most international airlines operating in the Philippines, such as Singapore Airlines, Emirates and Qatar Airways have implemented eAWB, using CCN’s service in the neighboring countries.

In the International Air Transportation Association’s (IATA) latest report on eAWB penetration, the Philippines, as of August 2017, ranks 44th out of 50 countries in terms of origin of volumes for the past 12 months. eAWB penetration globally is currently at 50.7% but the IATA 2017 target is 62%.

A strategic partner of IATA, CCN is pushing to minimize paper use and to eventually see a paperless air cargo environment. This is in line with e-freight, an industry-wide program, whose proponent is IATA, that aims to build an end-to-end paperless transportation process for air cargo, made possible through regulatory framework, modern electronic messages, and high quality of data.

CCN has been actively pushing for the private sector to lead the implementation of and compliance with eAWB instead of waiting for government to make the first move, Seet said.

She added that by taking the initiative, stakeholders can prepare in advance and comply more easily once the Philippine customs authority finally implements eAWB.

Fear of the new

Seet noted that the fear of shifting from the traditional way of doing things is hindering stakeholders from embracing automation. Add to this the unreliable internet connection.

She said they have been educating industry players to see electronic messaging and eAWB as being neither too difficult nor too technical, likening the process to simple data encoding but without redundancies or duplication of manual work, and with the additional benefit of data being saved online and retrieved at the click of a finger.

She added that solutions like those of CCN’s web-based community platform, known as CCNhub, allow even small and medium-sized freight forwarders to engage in electronic messaging and eAWB without the need for expensive software and hardware. The CCN platform also enables these forwarders to improve their service level and become on par with big ones, having features such as status updates to clients—these days a requirement especially by e-commerce clients.

While CCN is advocating private sector-led implementation of electronic messaging and the eAWB, a push from government, specifically the Bureau of Customs (BOC), would go a long way in boosting compliance with eAWB, Alcala said.

One measure that could further this goal along is if the BOC heeded industry request to allow AWBs to be printed on A4 paper instead of using the neutral AWB form printed on dot matrix printers. Alcala said freight forwarders would have an easier time with A4 which can be printed on any type of printer.

CCN has been conducting seminars, workshops, and trainings for stakeholders for years, and providing free subscription trial to familiarize stakeholders with their eAWB system.

Aside from information dissemination, CCN is also set to launch an express kiosk in Pair-Pags, one of Manila’s air ground handling warehouses. The kiosk will enable stakeholders to send electronic messages and eAWB and become familiar with CCN’s system. Since the system is online, it can be viewed on any device connected to the internet.

Seet said the system is easy to use, as users just need to fill in the needed information and CCN will convert it into the format needed by the airline or customs agency it will be sent to.