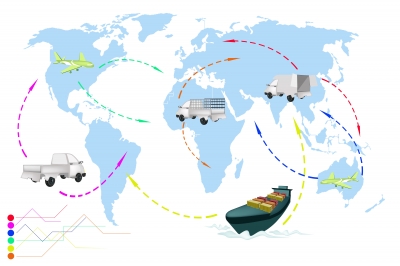 Trade facilitation efforts by economies in the Asia-Pacific region have been notable but much needs to be done to fast track liberalization, according to a study released recently by the United Nations (UN).

According to the Joint UN Commissions’ Trade Facilitation and Paperless Trade Implementation Survey 2015, the regional average for trade facilitation implementation is close to 50%, suggesting that significant room remains for progress in many Asia-Pacific economies.

East and Southeast Asia are performing well above average, with East and Northeast Asia trade facilitation at around 70%, while Southeast Asia is above 60%, said the survey. North and Central Asia and South and Southwest Asia are both above 40%, while Pacific Island developing economies are only more than 20% in implementation.

In tracing the region’s accomplishments, the paper observed that “a large majority of countries in the region has been actively engaged in implementing measures to improve transparency, enhance inter-agency coordination and cooperation, and streamline fees and formalities associated with trade.”

It added, “While Customs in essentially all countries have been actively developing paperless systems to speed up customs clearance while also improving control, nearly 40% of the economies are now also engaged in implementation of more advanced national multi-agency paperless systems, such as national electronic single windows.”

Data suggests that many countries across the Asia-Pacific region emphasized most over the past year improving their automated customs systems and risk management systems, said the survey.

Many also worked on their single windows and other paperless trade measures, as well as on new legislation and regulations for trade facilitation (e.g., adopting new or amended Customs laws).

Meanwhile, lack of coordination between government agencies and limited human resource capacity were the most serious implementation challenges faced in 21 of 30 countries. Lack of political will, no clearly designated lead agency, and financial constraints were also mentioned in at least 16 countries.

The study also noted that regional integration processes “appear to have played a significant and positive role in trade facilitation implementation, with several LDCs (least developed countries) in ASEAN (Association of Southeast Asian Nations), where regional cooperation on trade facilitation has long been promoted, achieving higher implementation rates than LDCs in other sub-regions.”

Given the large potential benefits from the implementation of these next-generation trade facilitation measures, the report urged all countries “to work together and develop the legal and technical protocols needed for the seamless exchange of regulatory and commercial data and documents along the international supply chain.”

Some work has already been done bilaterally as well as in several Asian sub-regions, such as the implementation of the ASEAN Single Window. This work can be further leveraged at the regional level by pushing through with the intergovernmental agreement on facilitating cross-border paperless trade that is now being negotiated at the UN Economic and Social Commission for the Asia and Pacific (ESCAP), said the report.

Remarkably, the only trade facilitation performance “monitoring” measure included in the survey—establishing and publishing average release times—remains one of the least implemented across the region.

This is worth highlighting, according to the report, “as what ultimately matters is not how many measures one implements, but how effective they have been in reducing the time and cost of trade transactions.”

“Indeed, it is important to realize that trade facilitation and paperless trade measures are very much inter-related and that the effect of a particular measure on trade transaction costs depends on whether, and how well, other measures have been implemented,” the survey report stated.

Image courtesy of Iamnee at FreeDigitalPhotos.net

Chinese medicines worth about P1.5 million were apprehended at a storage facility in Pasay City The January 14 raid revealed a makeshift clinic...
Read more
Breaking News

Trend away from China being pioneered by Japanese and South Korean electronics brands which have been moving assembly operations out of China for...
Read more