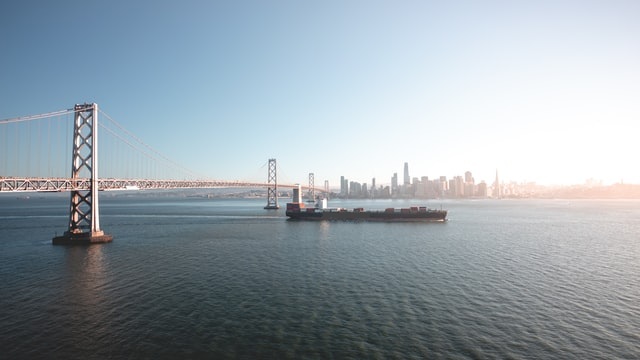 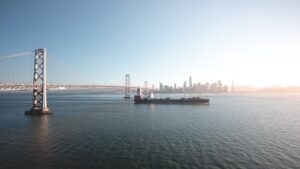 Global freight rates have been soaring in recent months, bolstered by strong volumes, particular on the front-haul trans-Pacific trade from Asia to North America, according to the Baltic and International Maritime Council (BIMCO).

Following the disruption in the early months of the pandemic, strong US retail sales and inventory restocking resulted in a strong peak season, which unusually continued after the Chinese Golden Week and further into October, BIMCO said in a new analysis.

The report noted that when volumes were down in the first half of the year, carriers managed to avoid freight rates crashing by lowering capacity offered, and once volumes started to rise, “they were ready to reap the rewards of higher rates and lower bunker costs.”

Where the USWC has seen the largest jump, long-term contract rates into the USEC have risen by the most. Compared with September 30, they are 30.6% higher at $3,242 per forty-foot container unit or FEU. Long-term freight rates into the US rose 16.9% over the same period to $1,925 per FEU.

In volume terms, on the strong front-haul trans-Pacific trade from Asia to North America, the USWC has seen the largest growth compared with last year. Volumes here were up by 9.2% or 276,712 TEUs in the third quarter compared with 2019.

On both US coasts, the third quarter is the first with year-on-year growth compared with the previous quarter, though the increase on the USEC is smaller at 82,564 TEUs.

This was enough to bring accumulated exports over the first three quarters into positive territory for the first time in October, with year-on-year growth up 1.7%. The growth in this trade is not enough to make up for lost volumes elsewhere, which explains why total imports into the US are still down.

But on the Far East to Europe trade, accumulated volumes are still down 8.3% in the first nine months of this year compared with the same period last year as retail sales in the EU have been slower to recover than their American counterparts.

Globally, the first nine months of the year have seen accumulated volumes fall by 3.4%. As expected, the third quarter has proven to be the strongest, and the only one posting year-on-year growth compared with 2019 (+1.2 million TEUs).

Photo by Will Truettner on Unsplash