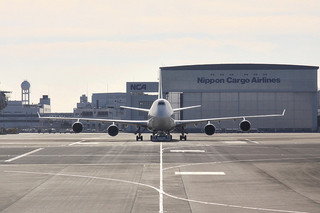 Global airfreight markets weakened in March, and the improvement in growth rates that began toward end-2012 has stalled, according to the latest figures released by the International Air Transport Association (IATA).

Cargo volume was down 2.3 percent in March this year compared to March 2012, with only the Middle East and Africa showing an expansion.

The U.S. and Europe, however, had larger percentage falls of 5.2 percent and 4 percent, respectively, but on a smaller market share.

Global airfreight volumes are now only 1.5 percent above the October 2012 low point, down from the 3.5 percent rise that had been reached in January, IATA said in a statement.

“After adjusting for seasonal factors, it is clear that the improving trend witnessed in the fourth quarter of 2012 has been reversed,” it added. The global load factor slipped marginally to 46.7 percent, and capacity fell by 0.3 percent.

Much of the current weakness is coming from Asia-Pacific airlines. “While the region is economically strong, the economies of its trading partners are not. The Euro zone is showing renewed weakness and the negative impact of U.S. budget cuts is yet to be fully measured,” said Tony Tyler, IATA’s director general and CEO.

But Tyler said the March decline was most likely a “temporary stall.” He foresees a boost in demand in the coming months as he noted the overall improvement in air cargo volumes and business confidence as well as the solid increase in new export orders for 2013.