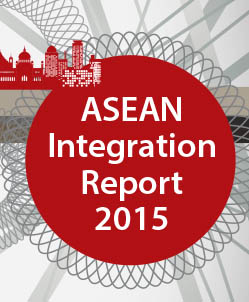 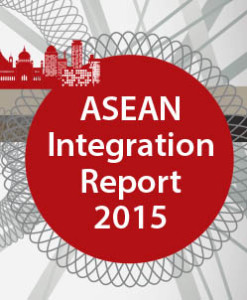 With regional integration slated next year, the Association of Southeast Asian Nations (ASEAN) in a new report said several transport projects are already being implemented toward the creation of a well-integrated transportation network and improving physical accessibility in the bloc.

“An efficient, secure and integrated transport network in the region is an important underlying factor for the AEC’s (ASEAN Economic Community) progress towards achieving a single market and production base in the region,” according to the ASEAN Integration Report (AIR) 2015 released on November 20.

AIR 2015 provides a comprehensive analysis of the progress, achievements, and impact made under the AEC Blueprint since its adoption in 2007.

The report noted that several frameworks and agreements on ASEAN transport have been created and signed since 1982, the latest of which is the Master Plan on ASEAN Connectivity (MPAC) 2010-2015.

To realize the MPAC, a new regional financial design was developed, including the ASEAN Infrastructure Fund (AIF), a dedicated fund established by the Asian Development Bank (ADB) to address the region’s infrastructure investment needs. The AIF finances projects by mobilizing regional savings, including foreign exchange reserves, and it is co-financed up to 70% by the ADB.

For maritime transport, an Integrated and Competitive Maritime Transport in ASEAN roadmap was adopted in November 2007 to strengthen intra-ASEAN maritime transportation services. It also sets out a framework for a globally competitive and integrated ASEAN ports and shipping sector by developing infrastructure, promoting a liberalized regulatory environment, harmonizing standards, and building human resources and institutional capacity.

Under the roadmap, the Implementation Framework of the ASEAN Single Shipping Market was endorsed by the ASEAN Transport Ministers in November 2014 to promote free and fair competition in the international shipping market in the region.

AIR noted that an important initiative in regional maritime cooperation is the ASEAN roll-on/roll-off (RoRo) network, which is still in the early stages of planning and development. Under this initiative are three current projects: the Dumai-Malacca Route, the Belawan-Penang-Phuket Route, and the Davao/General Santos-Bitung Route.

In addition, a total of 47 designated ports have been identified as priority ports for the ASEAN transport network in the ASEAN Transport Cooperation Framework Plan of 1999, which was later adopted at the 9th Senior Transport Officials Meeting in 2002.

But AIR said that even though some of the initiatives are not being fully implemented, regional port infrastructure has generally improved, citing the World Economic Forum Global Competitiveness 2014 Index.

Meanwhile, regional initiatives for the air transport sector are outlined in the Roadmap for Integration of Air Travel Sector (RIATS), adopted at the 10th ASEAN Transport Ministers Meeting in 2004. The ministers reaffirmed their commitment to the RIATS goals and agreed to expand them to pave the way for the ASEAN Open Skies Policy by 2015 as part of the ASEAN Single Aviation Market.

In line with the MPAC, ASEAN has been negotiating air transport agreements with other dialogue partners that saw the signing of the ASEAN-China Air Transport Agreement in January 2011. ASEAN is also continuing to engage other partners such as the European Union, India, Japan, and South Korea in concluding liberal air transport agreements with the region.

Some key initiatives are being implemented to support domestic and cross-border trade as well as the movement of people within and across borders. These include the ASEAN Highway Network (AHN) and the Singapore-Kunming Rail Link (SKRL), the latter being a 7,000- kilometer long rail development linking ASEAN with China. Both are flagship land infrastructure projects that are on the priority agenda in ASEAN transport cooperation.

Once completed, the AHN and SKRL projects will serve as the main skeleton for cross-border land transport in the region, as they will link capitals, seaports, and airports to high-potential areas for investment and tourism in the AEC. Further, these projects are seen to enhance transport connectivity not only in and between the ASEAN member states but also with neighboring countries and beyond, with connections to the AHN and the Trans-Asian Railway. Both producers and consumers are to benefit from the AHN and SKRL projects, as these will engender open access to an enlarged market, reduce transportation and trade costs, establish links with regional and global supply chains, and facilitate greater regional economic co-operation and integration.

Other initiatives in land transport include installing common road signs and initiating a route numbering system at all designated routes, with priority on Transit Transport Routes and establishment of a sustainable, efficient, and environmentally-friendly transport system.

According to AIR, a well-developed infrastructure and transport facilitation network reduces transportation costs and time-to-market, while improving physical accessibility of many households to essential goods and services. – Roumina Pablo