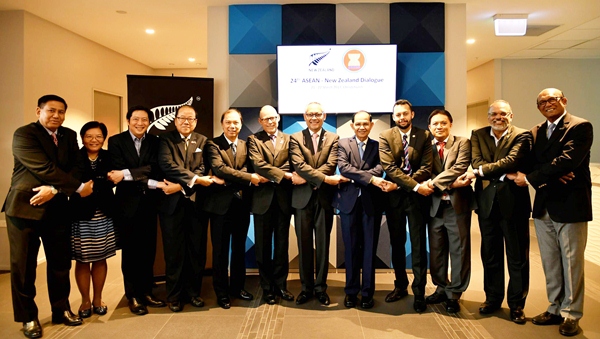 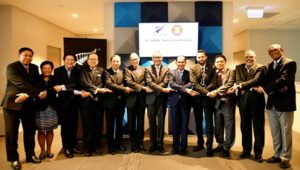 The Association of Southeast Asian Nations and New Zealand reaffirmed the importance of strengthening their strategic partnership as they prepare to revisit the ASEAN-Australia-New Zealand Free Trade Agreement (AANZFTA) in June 2017.

Senior officials from both sides pledged to forge closer cooperation and collaboration when they met in Christchurch, New Zealand, on March 22 for the 24th ASEAN-New Zealand Dialogue.

“Both sides acknowledged the good economic ties they presently enjoy, but agreed to go further by ensuring that the ASEAN-Australia-New Zealand Free Trade Area Agreement, due for review in June 2017, remained modern and high quality,” said ASEAN in an issued statement.

It also expressed support for the China-led proposal to establish a regional economic grouping in Asia-Pacific. “ASEAN and New Zealand also agreed on the need to conclude the Regional Comprehensive Economic Partnership expeditiously but not at the expense of securing a high quality agreement.”

The senior officials expressed satisfaction with the progress of the implementation of the ASEAN-New Zealand Plan of Action (2016-2020), adopted in 2015. This plan, which provides the broad framework for ASEAN-New Zealand cooperation over five years, also supports ASEAN’s community building and integration efforts.

New Zealand is one of ASEAN’s earliest partners with ties established since 1975. The partnership has broadened and grown in scope over the years. Beyond the strong political, security, economic and sociocultural links, people-to-people ties have also grown.

New Zealand reiterated its support for ASEAN’s central role in the regional architecture, while ASEAN encouraged New Zealand to continue its active participation in regional mechanisms such as the East Asia Summit, the ASEAN Regional Forum, and the ASEAN Defence Ministers’ Meeting Plus.