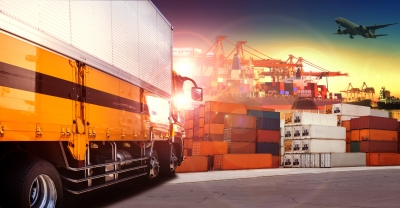 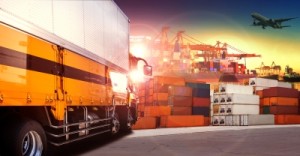 Since the ASEAN Free Trade Area (AFTA) agreement was signed in 1992, the Association of Southeast Asian Nations member states (AMS) have made significant progress in their continued commitment to open their markets, mainly through gradual tariff liberalization, according to a report.

Following the AFTA signing, ASEAN has adopted the ASEAN Economic Community (AEC) blueprint in 2007 and signed the ASEAN Trade in Goods Agreement (ATIGA) in 2009, both of which “marked important milestones” towards the goal to allow the free flow of goods, according to the ASEAN Integration Report (AIR) 2015 released on November 20.

In the case of Brunei, Indonesia, Malaysia, the Philippines, Thailand, and Singapore (ASEAN-6), the average ATIGA rate “is now negligible” at 0.04%, AIR reported. For Cambodia, Laos, Myanmar, and Vietnam (CLMV), the rate is 1.33% and this “continues to be on a declining trend until elimination in 2018.”

“The signing of ATIGA in 2009, and its entry into force in 2010, signified the region’s holistic approach to address barriers to trade in goods beyond tariff liberalisation,” AIR said.

However, the report noted “it is widely recognised that tariff reduction or elimination is not the sole contributing factor to market integration.”

“Similarly, its contribution is not automatic. Eligibility for tariff preferences in order for traders to enjoy the benefit of tariff reduction or elimination is determined by the originating status of the goods,” it added.

AIR said not all goods traded among the AMS will be eligible for ATIGA tariff preferences, as goods first need to meet the rules of origin (ROO) requirement. Even for ASEAN-originating goods, not all are necessarily traded under ATIGA tariff rates, said the report.

“While recognising that newer participants may require additional time to implement the Pilot Projects, ASEAN remains steadfast in achieving the goal for an ASEAN-wide implementation of Self-Certification,” AIR said. It added that by enabling exporters or producers to self-declare the origin of their goods, businesses can save on costs and time.

Improvement of the Form D Certificate of Origin (CO Form D) is also continuous, according to the report. For example, after implementation of Form D took effect from June 1, 2014, all but two AMS (Cambodia and Myanmar, which have been given a two-year flexibility) have removed the requirement to state the free-on-board value in Form D in cases where Wholly Obtained, Change in Tariff Classification, Process Rule, or Specific Processes is applied as the origin criterion. Likewise, OCPs are now being amended to enable the electronic ATIGA CO Form D to be accepted by the ASEAN Single Window.

AIR noted that the once established, the ASEAN Trade Repository (ATR) “will contribute to a meaningful reduction in business costs, providing regulatory transparency and greater certainty in business dealings.” Further, the ATR is expected to act as a support mechanism for other AEC measures, such as the elimination of non-tariff barriers.

AIR 2015 is the flagship report of the ASEAN Integration Monitoring Office that provides a comprehensive analysis of the progress, achievements, and impact of the AEC Blueprint since its adoption in 2007. – Roumina Pablo