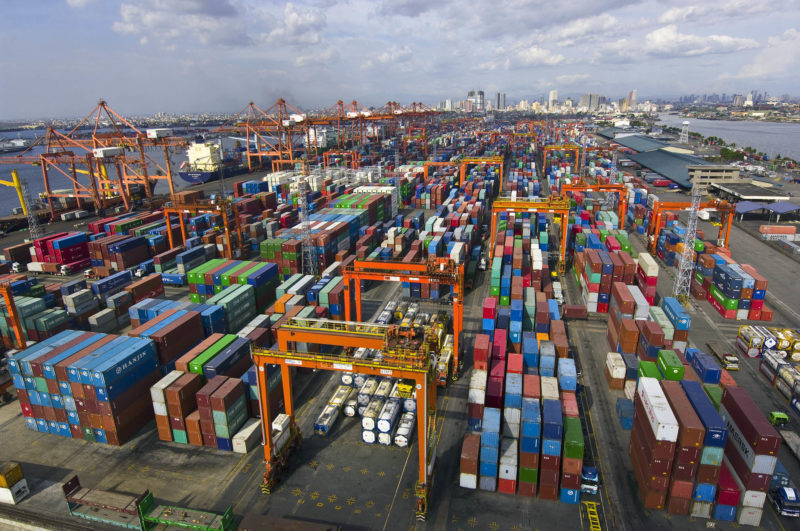 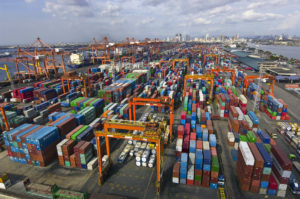 In a March 27 bulletin, the IATF said the regulators–Bureau of Customs (BOC), Philippine Ports Authority (PPA), Department of Trade and Industry (DTI), and Department of Agriculture and their attached agencies and bureaus—should issue a joint memorandum circular providing specific guidelines to ensure availability of essential goods, in particular food, medicine, and other basic commodities.

Christian Gonzalez, executive vice president of International Container Terminal Services, Inc. (ICTSI), operator of the MICT, in a March 27 letter to consignees, shippers, brokers/processors, said MICT “has come to a point where it is becoming impossible to operate in an efficient manner,” said in a March 27 letter to consignees, shippers, customs brokers, and processors, a copy of which was sent by PPA to media.

He added, “Containers are simply not being removed from the terminal. We understand that it is unfeasible for some, and many businesses have been temporarily shut down, but without the full support of everyone that is able to open, we will come to a point when efficient operations will no longer be possible.”

For the period covering March 1 to March 26, he noted that 8,201 cleared containers were sitting at the terminal, of which more than 850 TEUs are refrigerated containers.

In addition, there are 21,387 TEUs that have been discharged after March 1 but still waiting for clearance and release; over 1,400 TEUs of these are reefers.

“Those who are able to must please clear and remove your containers immediately,” appealed Gonzalez.

Those unable to take delivery at their own facilities, ICTSI offered its offsite facilities in Laguna, Bulacan and Cavite. “Special accommodations are available to anyone who utilizes these facilities,” Gonzalez said.

He also appealed to the Inter-agency Task Force for the Management of Emerging Diseases to facilitate immediate approval for transfer or condemnation, through the BOC, of more than 7,000 TEUs in MICT for more than 30 days.

“Condemn and approve the transfer of all containers (at the MICT) which were discharged in 2018 or earlier immediately bypassing the tedious condemnation and auction process. We must act on this after years of debate,” Gonzalez said.

He noted that “all cleared boxes over 30 days old should have approvals facilitated” so they can be transferred without delay to external facilities.

To address the problem, PPA in Memorandum Circular No. 11-2020, dated March 26 and effective immediately, temporarily authorized Manila North Harbor, a domestic port, to be the designated port for the transfer of overstaying foreign containers that have been cleared for delivery/withdrawal, and subject to approval of BOC for import containers.

The PPA memo said the transfer of import containers is subject to approval by the BOC.

READ: All cargoes must pass unhampered, DTI stresses in memo

Movement of all types of cargoes is allowed during the enhanced community quarantine, but issues with checkpoints in the first days of implementation have caused problems.

DTI has already reiterated a policy of unhampered movement of cargo trucks and is issuing identification cards to logistics service providers and their staff to enable them to travel and pass through checkpoints. BOC is also issuing a pass to its accredited stakeholders as well.  – Roumina Pablo