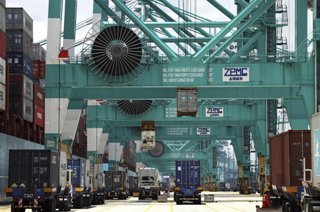 APM Terminals (APMT) announced it will open this year a new regional headquarters in Singapore that will serve Southeast Asia and the Indian Subcontinent as part of its plan to expand its Asia-Pacific presence.

“The new regional headquarters in Singapore will enable us to focus on the terminals that we manage and operate in Southeast Asia and the Indian Sub-continent. The new office will likewise focus on business development within South and Southeast Asia,” stated Kim Fejfer, CEO of APM Terminals.

“The Shanghai office will host a dedicated team that will solely focus on the North Asia markets which are very important to us. The office will also manage our future expansion plans in China,” said Henrik L. Pedersen, APMT CEO of the Asia-Pacific region.

By equity share, the Asia-Pacific region now accounts for nearly one out of three 20-foot equivalent units (TEUs) handled in the APMT global ports’ terminal and inland services network, said the company, part of the global shipping and energy titan A.P. Moller-Maersk group, in a statement.

Asian ports, including the Indian Sub-continent, now represent more than half of all global container throughput, it added, with a cumulative total volume of 370 million TEUs in 2011.

Interests in China and Japan accounted for 6.2 million TEUs in 2011, or 18.5 percent of the company’s overall throughout. Port operations in India, Thailand, Vietnam and Malaysia, where APM Terminals generally exercises more operational control in port and terminal investments, accounted for 4.4 million TEUs (weighted by equity share) in 2011.