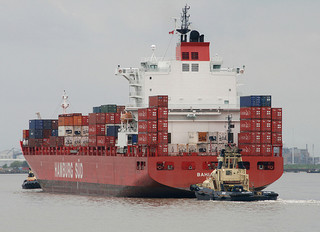 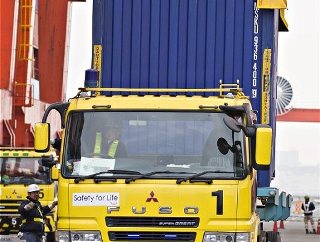 A new study of the most productive terminals in the world has placed APM Terminals Yokohama in Japan at the top of the list.

The study was based on five years of data collected from 600 terminals at 400 ports, and from 17 global shipping lines representing 70 percent of the global liner fleet and over 100,000 port calls, according to a company media release.

APM Terminals Yokohama operated at a productivity level of 150 moves per hour (MPH), 26 percent more than its closest rival. It handled 875,000 TEUs, or 20-foot-equivalent units, in 2012.

At 101 MPH, APM Terminals Mumbai ranked sixth globally overall and first among terminals that were working vessels of less than 8,000-TEU capacity. It was India’s busiest container terminal in 2012 with 1.96 million TEUs handled.

APM Terminals-operated Port of Salalah in Oman ranked seventh in the region with 72 MPH and sixth among global transshipment ports. It handled 3.65 million TEUs in 2012.

In the Americas, APM Terminals Port Elizabeth, at the Port of New York and New Jersey, ranked second in the region with 82 MPH. The terminal handled 1.1 million TEUs the previous year.

The study was prepared by the U.S.-based JOC Group, which includes the Journal of Commerce and the PIERs data service.