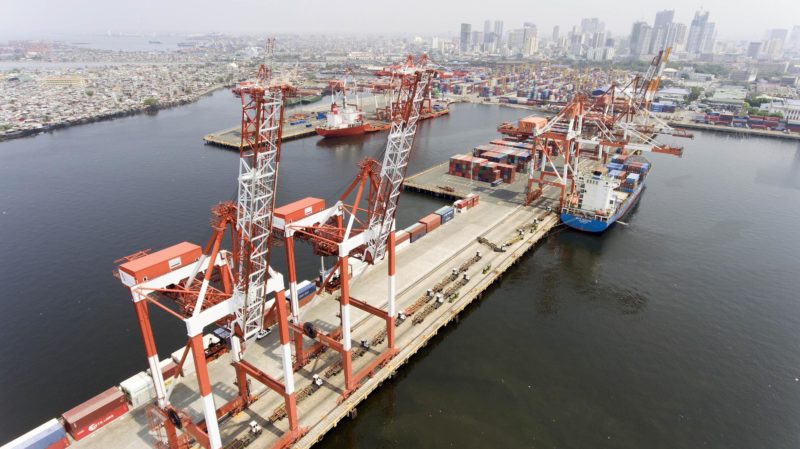 Association of International Shipping Lines president Patrick Ronas said they “welcome” the Bureau of Customs (BOC) order transferring empty containers to the Port of Batangas (POB) and Subic Bay Freeport (SBFP) in times of port congestion and emergencies “as it will help decongest ports and… make the yards useful for more dynamic movements.”

The order will mean “more space for empties (for) load out to our ships faster.”

In text messages to PortCalls, Ronas said more room at the terminal also speeds up productivity of ships, and this in turn translates to less port stay and reduced waiting time for vessels to berth.

Ronas said there have recently been improvements at Manila International Container Terminal, but that there are still some ships waiting at anchorage at Manila South Harbor.

READ: BOC orders transfer of all empty containers from Manila ports to Subic or Batangas

Prior to the issuance of the BOC order, Ronas noted that for the last three months several foreign shipping lines have already been moving empties out of Subic.

However, he noted the BOC order on the transfer of empties to POB and SBFP may not be necessary since ATI, together with several foreign shipping lines had already signed an agreement that would essentially already move out more empty boxes from Manila South Harbor. The agreement was signed on Feb 19, a day before the BOC order was released.

In addition, Rivera said foreign shipping lines continue to regularly evacuate their empties although this process has recently slowed; the agreement will help fast track the evacuation, he added.

Under the Feb 19 agreement, ATI and shipping lines CMA CGM Group, T.S. Lines, Evergreen, Yang Ming, Wan Hai Lines and Hyundai Merchant Marine (Philippines) Co., Inc. will jointly pull out over 10,000 twenty-foot equivalent units of empty containers on a weekly basis from Manila South Harbor for recirculation to other Asian destinations. Other major shipping lines may join the initiative in the near future, ATI noted.

Starting Feb 25, shipping lines calling Manila South Harbor that are part of an alliance may load empty containers from another carrier part of the same alliance.

He noted there are eight regular services per week that can put this in operation, which means a daily movement of empty containers out of South Harbor.

Rivera said this will allow the terminal to regularly load out empty containers and accept more empties from outside depots for repositioning. With this, Rivera said empty container dwell time–which is currently at eight days–will be reduced to three to four days. The situation would also double Manila South Harbor’s capacity to handle more empty boxes and “ensure there’s actual rotation of empties.”