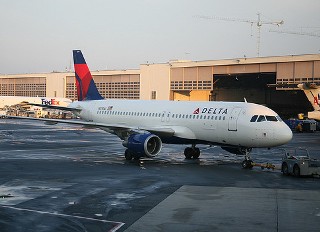 Air cargo airlines hold a positive outlook for volumes, demand, and profits in the year ahead, according to the results of the first-quarter survey of airline CFOs and heads of cargo by the International Air Transport Association (IATA).

The airline business confidence survey results released April show that cargo volumes are expected to grow during the year ahead in line with recent improvements in world trade growth and increases in business confidence, but at a slower rate than passenger demand.

Respondents also based their expectation on the increase in airfreight volumes over recent months, which is consistent with IATA’s freight data.

“The outlook for cargo volumes remains positive with 56% of respondents expecting an increase in demand over the next 12 months. This is the biggest expected rate of increase since mid-2010, a very strong year for cargo,” said the report.

Consistent with slight weakening in load factors over recent months, cargo yields were reported to have declined in the first quarter. Almost a quarter of the survey group indicated they expected to see cargo yields decline slightly despite a view toward stronger volume growth ahead.

For the airline industry in general, the positive outlook has been broadly stable since the April 2013 survey. And while respondents expecting profits to improve in April is down to 60 percent against 70 percent in the January survey, confidence remains near 2010 levels.

On recent past performance, respondents reported better profitability in the first quarter compared to the year-ago period. Slightly more than half of the respondents indicated an improvement, but the proportion of respondents experiencing a fall in first-quarter profits rose to 30 percent, compared to 25 percent in the January survey, bringing the rate of improvement in Q1 down compared to the fourth quarter of 2013.

This is consistent with the recent slowdown in business confidence improvements, but it has not had any significant impact on the outlook, which remains positive, said IATA.

Input costs for the sector are reported to have declined during Q1, mostly as a result of cost-cutting measures, and respondents expect the trend to continue over the next 12 months.

Meanwhile, Singapore Changi Airport saw a 1.3 percent drop in cargo volumes in April year-over-year. Throughput slid to 169,800 tonnes of airfreight shipments for the month, but first-quarter shipments were stable at 446,900 tonnes.