AirAsia to unveil Taiwan flights from Clark in July 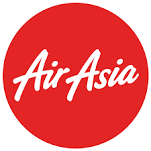 Low-cost carrier AirAsia Philippines is set to launch its Clark-Taiwan flights on July 12, according to Clark International Airport Corp. (CIAC).

“This new development is an opportunity to explore the beauty of both the Philippines and Taiwan and will benefit travelers, tourists, OFWs and their families as well,” Cauguiran said.

“The Taipei flights are also advantageous to numerous Taiwanese locators and other business travelers based in Clark and Subic,” he added.

“We are here to provide only the best service possible and massive connectivity across ASEAN, Asia and beyond,” AirAsia Philippines chief executive officer Captain Dexter Comendador said.

CRK currently serves 158 international and 323 domestic flights, and processes more than 7,000 passengers daily, which CIAC noted is an improvement after the airport has been declared by the current administration as an alternative gateway to Manila’s Ninoy Aquino International Airport.

“There is definitely a surge at Clark airport in terms of the number of flights, destinations and passenger volume, along with the improvements of its facilities, all largely possible under the leadership of President Duterte,” Cauguiran said.

The CIAC chief added that CRK registered 8,736 passengers last April 23, the highest recorded number of travelers to pass through the Northern Luzon hub in one day since 1995.