More
Home 3PL/4PL After airfreight, update of seafreight manifest up next for BOC
3PL/4PLBreaking NewsCustoms & TradeMaritimePorts/Terminals

After airfreight, update of seafreight manifest up next for BOC 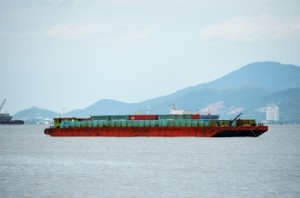 Sevilla signed on April 10 Customs Memorandum Order (CMO) No. 10-2015, which implements the revised mandatory electronic submission of air cargo manifest through a value-added service provider. A dry run was conducted on April 16 to see if any issues arise before formal implementation of the policy on May 4.

Uvero said penalties under the airfreight memorandum are “a lot more clearer, more transparent,” as well as low (the lowest being P500), compared with seafreight penalties that can reach to as high as P30,000.

He also assured that submission of the seafreight manifest will be made easier.

Another memorandum that may come out soon is on the revised and updated rates for off-dock container yard/container freight stations (CY/CFSs). Uvero said Sevilla gave instructions to finally update the 14-year-old memorandum issued back in 2001. In 2013, BOC re-enforced CMO 24-2001 due to complaints of alleged overcharging by CY/CFS operators. Attempts to update the CMO have stalled since last year.

Meanwhile, mandatory electronic processing of transshipments by locators in Philippine Economic Zone Authority (PEZA) zones will be enforced on May 4 following the signing by BOC and PEZA of Joint Memorandum Order (JMO) No. 01-2015 this year.

The JMO requires all PEZA locators to post transshipment entries through the BOC’s electronic-to-mobile (e2m) system. Locators can voluntary file their shipments starting April 13. Uvero noted this is the first time the two agencies are integrating their systems, which translates to reduced costs in processing and forms.

However, Uvero said the planned new system for BOC, the Enhanced Integrated Customs Processing System, which is for bidding by the Department of Budget Management-Procurement Service (DBM-PS), may not be implemented in the fourth quarter of this year or even in the first quarter of next year.

DBM-PS only approved one of four bidders and is evaluating the lone passer. Uvero noted that if bidding fails, options include a rebidding or turning to Asycuda, a computerized customs management system developed by the UN Conference on Trade and Development, which covers most foreign trade procedures. Asycuda is free and handles manifests and customs declarations, accounting procedures, transit, and suspense procedures.

Moreover, the Customs Modernization and Tariff Act (CMTA) bill has been tagged as a priority by both Houses of Congress, and Uvero said they are hoping it will be passed by the third quarter of this year. The CMTA will trigger a major overhaul for the customs agency and will update the Customs and Tariff Code of the Philippines.

BOC will also enforce in May its Regulated Imports List that consolidates all permits and requirements that importers of regulated products need to submit through BOC. This is part of BOC’s bid for transparency and elimination of corruption within the agency.

In another development, rumors that Sevilla had resigned from his BOC post once again circulated in the cargo community. Sevilla has supposedly submitted his resignation letter with Malacañang and was just awaiting the President’s approval. Talk of Sevilla resigning has been circulating since last year but was denied by Sevilla himself and officials from BOC’s mother agency, Department of Finance (DOF). A text message circulating in the cargo community named former customs commissioner Alberto Lina, head of the Lina Group of Companies, as a potential replacement.

Sevilla has called a press conference on April 20, further fuelling speculations about his resignation. Sources at the BOC Public Information and Assistance Division, however, said the topic of the press conference would be BOC’s revenue performance for the first quarter. – Roumina Pablo

Image courtesy of furuoda at FreeDigitalPhotos.net