Additional 7,500 empties to be loaded out of MICP on weekends 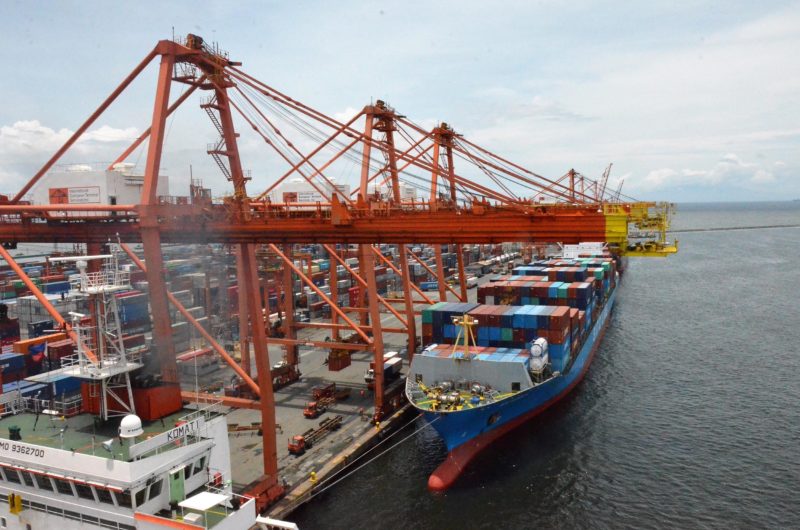 These carriers will take advantage of the additional “double transaction” slots that ICTSI will be opening on weekends starting March 9 to 10, BOC said in a statement, adding that other shipping lines have also agreed to do the same. Double transaction means a truck bringing in an empty container must bring out a loaded container.

If successfully done, MICP said it can see around 17,500 empty TEUs being loaded out in a week compared to its average high of 10,000 TEUs weekly.

In the last two weekends, ICTSI sent an advisory to clients that it will be accepting double transactions but few consignees returned their empty containers. BOC said that in response, shipping lines have committed to convince their clients to take advantage of the downtime on March 9 to 10 and on every succeeding weekend to return more empty containers.

In the meeting, MICP district collector Atty. Erastus Sandino Austria highlighted the high discrepancy between the actual number of empty containers being loaded out onto vessels versus the capacity of these ships, a matter that all parties agreed to immediately resolve.

“On average, far less than 2,000 empty TEUs are loaded for export in a 24-hour cycle. That is an unacceptable number,” Austria said.

Also during the meeting it was agreed that foreign carriers should co-load empty containers since they are already doing this for laden containers, BOC said.

Meanwhile, foreign shipping lines said they can bring more containers from their depots to the terminal, and in turn have more empty containers evacuated out of the country, if given more time to complete the process.

But ICTSI is currently giving carriers only around three to four nights before a ship arrives to bring their empty containers to the terminal, not the three to seven days the carriers said they need to evacuate more empty containers out of the country.

ICTSI explained they implemented the policy to prevent delays to a shipʼs schedule. The port operator said that if empty containers are accepted too early, these would be placed at the bottom of the stack and would require more crane moves to load them onto the vessel, leading to delays in the loading schedule.

“I think the increase [in TEU load out] you are looking for is the additional double transactions on weekends,” said Christian Lozano, MICT Operations director.

Prior to the March 5 meeting, BOC also issued an order to transfer all empty containers from MICP and Manila South Harbor to Subic and Batangas ports.

Previously as well, the Association of International Shipping Lines (AISL), Alliance of Concerned Truck Owners and Organizations (ACTOO), Container Depot Alliance of the Philippines (CDAP) and ICTSI agreed to undertake immediate measures to alleviate problems with returning empty containers, including for ICTSI to move 5,000 overstaying containers at MICP to a bonded warehouse outside.

CDAP will also identify areas that may be leased to increase empty container storage capacity by 10 hectares, with ICTSI covering the cost of the lease on a market rate basis.

Another agreement, also made between Asian Terminals Inc. (ATI) and several international shipping lines last February 19, involves moving out thousands of empty containers via Manila South Harbor in the next few weeks to address the build-up of empty containers in the supply chain.

On March 4, ATI said utilization at Manila South Harbor has gone down to the optimum level of 65%.

The Philippine Ports Authority on March 1 also directed all importers, consignees, cargo owners, and shippers to withdraw from MICP and Manila South Harbor within 15 days their containers that were cleared by BOC in order to free up space in these ports.