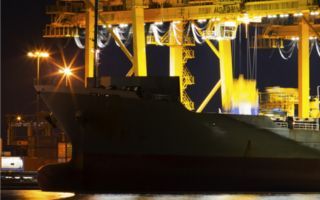 Cargo is moved by sea from the regional ports of Jakarta in Indonesia, Port Klang in Malaysia, Bangkok in Thailand, Haiphong in Vietnam, Keelung in Taiwan, and Singapore. Shipments are then routed by rail through the China corridor, from Lianyungang port in northeastern China to the Kazakhstan border crossings of Dostyk and then on to Almaty, Kazakhstan’s major commercial center. A.R.T. Logistics also provides the same service from the border to other Central Asian countries, including Uzbekistan, Azerbaijan, and Kyrgyzstan.

“The route from China to Central Asia has been underused in the past as you need to have expertise in managing rail operations across Central Asia and A.R.T. Logistics has its own team of professionals who ensure all documentation is in order at China-Kazakhstan border,” said Tatiana Serova, the company’s commercial director.

Transit times from Southeast Asia to major trade centers in Central Asia, such as Almaty, are about 36 days, a company media release said.

The new product is an addition to its long-standing Europe-Central Asia full-container-load rail service.