4 areas back to GCQ; MM still under MECQ until Aug 18 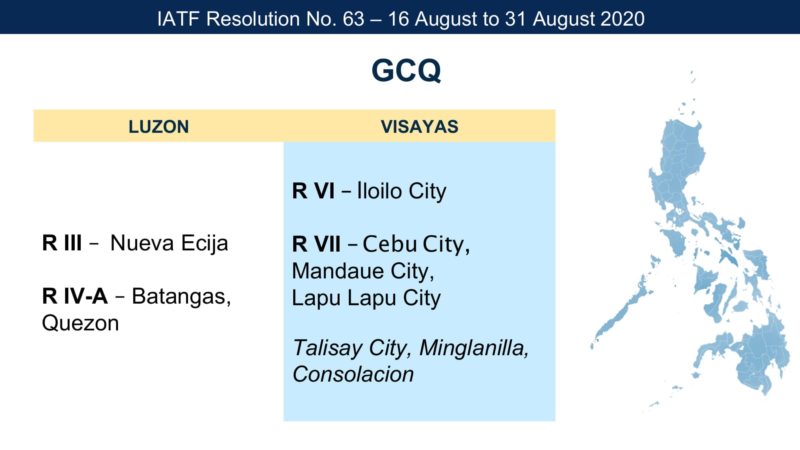 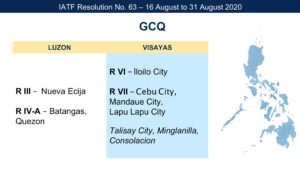 Cebu City, Lapu Lapu City, Mandaue City, Talisay City, and the municipalities of Minglanilla and Consolacion in Cebu will remain under GCQ, according to a decision of the Inter-Agency Task Force for the Management of Emerging Infectious Diseases on August 14.

The community quarantine classification of these areas will be announced on August 17.

The rest of the country has been placed under MGCQ until August 31, with some provinces, highly urbanized cities, and independent component cities to ensure strict enforcement of local action.

Areas flagged for local action will have to implement strict lockdown in line with the zoning containment strategy. They will also have strict enforcement of minimum public health standards, and intensified tracing and quarantine of close contacts and isolation of confirmed cases.