32 airports allowed to operate by LGUs 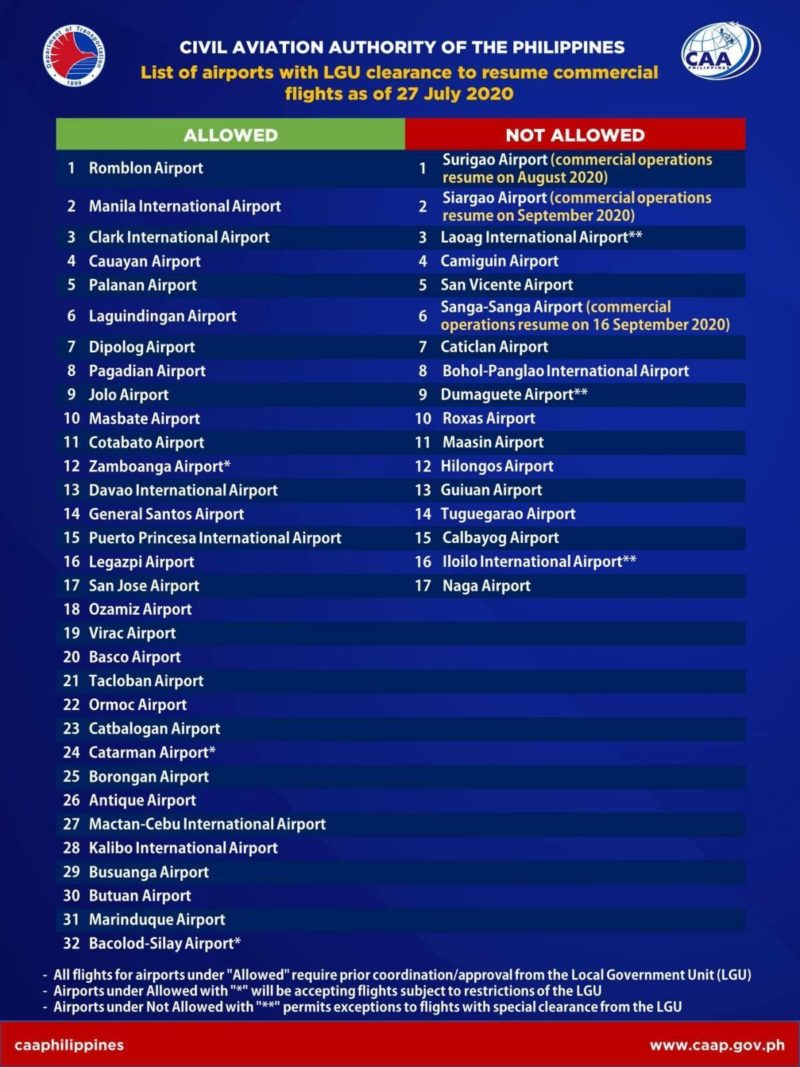 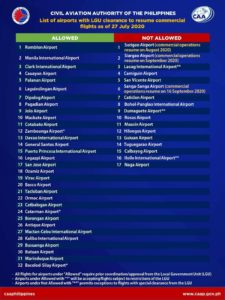 A total of 32 airports in the country have been allowed by their local governments to handle commercial flights as of July 27, according to the Civil Aviation Authority of the Philippines (CAAP).

Some airports though are subject to documentary and passenger restrictions.

The operation of domestic flights has been allowed since June in areas under general community quarantine (GCQ) but require approval from local government units (LGU).

The airports of Zamboanga, Catarman, and Bacolod-Silay are accepting flights subject to restrictions of their respective LGUs.

Regular commercial air travel had been suspended since travel restrictions were implemented mid-March as part of measures to prevent the spread of the coronavirus disease. Cargo and repatriation flights have remained operational.