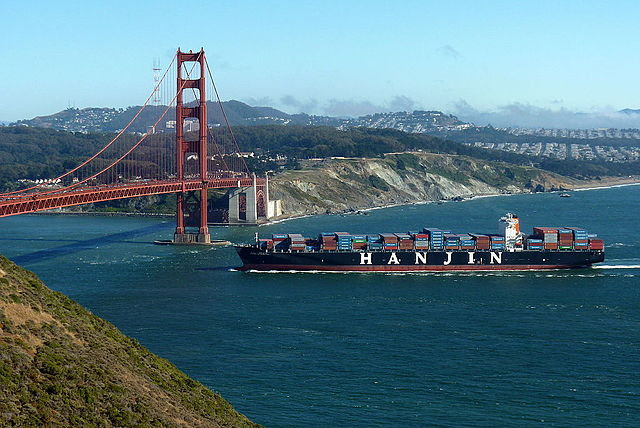 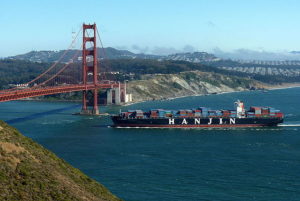 About one-third of the container ships operated by South Korea’s Hanjin Shipping Co. have completed their cargo unloading at ports around the world as of September 18, with 34 container ships still stranded at sea.

Of the 97 container ships operated by South Korea’s No. 1 box liner, the carrier said 28 have unloaded goods, according to a report by Yonhap News.

Hanjin Shipping said it is also in negotiations to begin unloading in New York, Singapore, and Mexico next week.

Additionally, it is set to return a total of 17 ships to their owners in the coming weeks as they plan to end leasing contracts.

Meanwhile, Korean Air Lines Co., the largest shareholder of Hanjin, is still undecided on whether to provide its pledged KRW60 billion (US$54 million) in cash to the country’s No. 1 shipper.

Last week, the airline said it would provide the funds in return for collateral, but came under fire for its lack of commitment to help its shipping affiliate stay afloat.

Cho Yang-ho, the chief of the Hanjin Group, the parent of Hanjin Shipping, has borrowed KRW40 billion from banks in order to help the group’s shipping line.

Hanjin Shipping’s filing of receivership on August 31, 2016 sent ripples through the global shipping network, with more than half of its ships stranded at sea out of fears that they may be seized by creditors.

The ships were also blocked from entering ports in the United States, China, Canada and other nations, as lashing service firms and port workers refused to work for the shipper out of concerns that they would not be paid.

In a report, the credit rating agency said the disruption to cargo services by Hanjin Shipping has pushed up spot freight rates temporarily as other operators step in to plug the gap.

“Hanjin’s woes are occurring at a time traditionally considered the busiest time of the year for the industry. Among those who stand to benefit from higher rates in the short term are Maersk Line, Hapag-Lloyd and CMA CGM,” said Moody’s.

Given the dire straits in which container shipping industry finds itself in the current environment, a temporary removal of Hanjin’s ships from operation will provide a much-needed boost to cash flows, it added.

“Even a few weeks of operations at improved freight rates during liners’ busiest quarter when retailers prepare for the Christmas season will be a plus for the third quarter results of container liners.”

For example, rates rose by 42% per forty-foot equivalent unit on the Shanghai-Los Angeles route, 19% on the Shanghai-New York route, and 39% on the Shanghai-Rotterdam route, according to Drewry following the announcement of Hanjin’s receivership filing. The increases follow consistent declines in freight rates in 2016.

Moody’s noted that the uncertainty surrounding Hanjin is likely to be credit negative for vessel owners that charter out their ships to the company, at least in the short term.