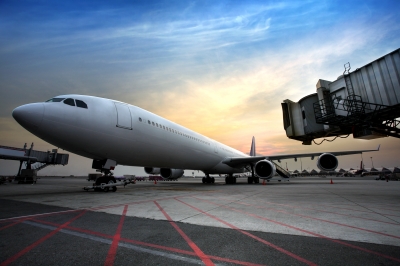 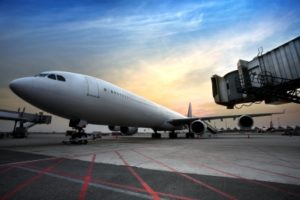 The Duterte administration will be spending P860.7 billion on large-scale infrastructure projects next year–including airports, a seaport and a railway network–in keeping with its commitment to disperse growth and create more jobs, especially in the countryside.

The amount, which represents 5.4% of the country’s gross domestic product (GDP), is part of the proposed P3.35-trillion national budget for 2017, the first under the administration of Duterte, which the Senate has approved on third and final reading on November 27.

“The projects to be conceptualized from this initiative would then be considered for inclusion in the Philippine Development Plan for 2017 to 2022, which is now being consolidated by the National Economic and Development Authority,” Tionko said at the General Membership Meeting of the Davao Chamber of Commerce and Industry Inc.

“Finance Secretary Carlos Dominguez III, who also sits as chair of the ICC, has given instructions to scale up and prioritize the development of infrastructure projects that would have an impact on areas outside ‘Mega Manila,’” Tionko added.

The administration, she said, has initially placed a premium on improving the island-wide transportation infrastructure network to facilitate the faster, safer, more convenient, and more efficient transport of people and goods going in and out of Mindanao.

“At the same time, these investments are designed to be future-proof to avoid the horrendous traffic jams and airport congestion our brothers and sisters are experiencing almost daily in Metro Manila and other highly urbanized areas in the country,” Tionko noted.

“Of course, among the main concerns for Mindanao has always been the peace and order situation in parts of the island. But we are confident that this shall soon be addressed by the government, stakeholders, and concerned parties. When that happens, we expect investments in Mindanao to pick up significantly more in the coming years,” she said.

The Rural Road Development Program, which is to be implemented by the Department of Public Works and Highways, will speed up the construction and upgrade of local access roads to tourism destinations, roll-on, roll-off ports, and airports, as well as fast-track development of farm-to-market roads under the watch of the Department of Agriculture.

Tionko said the first phase of the Mindanao Railway Project, which starts from Davao heading to the eastern part of Mindanao toward Cagayan de Oro City, is expected to commence next year.

Sasa Port will be developed into a modern, international-standard container terminal, while the Davao International Airport will be expanded by doubling the capacity of the passenger terminal and increasing cargo capacity to accommodate the fast-growing number of visitors to southern Mindanao, she said.

Meanwhile, the Department of Transportation is currently reviewing the development under the Public-Private Partnership (PPP) program of the Laguindingan Airport, which serves as the main airport of the cities of Cagayan de Oro and Iligan in northern Mindanao.

The government, Tionko said, has raised the initial allocation for the Mindanao Logistics Infrastructure Network from P19.5 billion to P31.5 billion in 2017, to speed up the development of an integrated and seamless transport system that will be supported by inter-island linkage projects. The infrastructure network aims to facilitate travel across the regional growth corridors in the island.

“These projects, and those that will be added to this list, are worthwhile endeavors that should help provide opportunities and uplift the lives of our people here in Mindanao once they come into fruition,” Tionko stated.

Tionko also briefed Davao-based business leaders on the initial projects of the DOF under Dominguez, particularly its tax reform and anti-red tape initiatives.

“From our end at the Department of Finance, we have already implemented a number of anti-red tape measures that have sped up the processing and clearance of pertinent permits and documentary requirements for businesses,” Tionko said.

The DOF’s tax reform package, which has been forwarded to Congress, proposes to lower the tax rates for those in the lower tier of the pay scale even as the tax base will be broadened.

“The simplified tax system, once approved, will ensure consistent revenue generation on a par, if not better, than those being implemented by our peers in the region,” said Tionko.