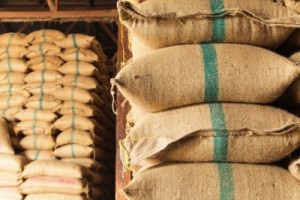 The Bureau of Customs (BOC) has filed smuggling charges against two consignees of alleged illegal shipments of imported rice and pyrotechnics with a total worth of P9.4 million.

RHI is named as the consignee of five forty-foot equivalent units that arrived at Manila International Container Port (MICP) on July 20, 2015 and were declared to contain bitumen but were instead found to contain rice with a value of P4.9 million.

The company has been charged with violating Section 3601 (Unlawful Importation) in relation to Section 101 (Prohibited Importation) of the Tariff and Customs Code of the Philippines (TCCP) as amended, and Article 172 of the Revised Penal Code (Falsification by Private Individual and Use of Falsified Documents).

The customs bureau also filed lawsuits against officers of Stellent Corporation for misdeclaring in November 2014 its importation as containing thousands of cartons of tissues, when in fact it consisted of an undetermined quantity of pyrotechnics.

The pyrotechnics, which arrived at MICP from Hong Kong, were valued at P4.5 million.

Stellent is charged with violating Section 3601 in relation to Section 101 and Section 2530 (Property Subject to Forfeiture under the Tariff and Customs Laws) of the Tariff and Customs Code of the Philippines, as amended. It has also been charged with violating Republic Act No. 7183 which regulates the sale, manufacture, and use of firecrackers and other pyrotechnic devices, and Article 172 of the Revised Penal Code.

Section 3601 of the TCCP states that “any person who shall fraudulently import or bring into the Philippines, or assist in so doing, any article, contrary to law, or shall receive, conceal, buy, sell, or in any manner facilitate the transportation concealment, or sale of such article after importation, knowing the same to have been contrary to law shall be guilty of smuggling and shall be punished.”

Pullout of containers from the Cebu International Container Port for transfer to domestic baseports and container yards within the port zone may be...
Read more