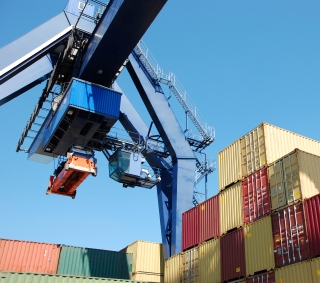 The European Commission fined 13 major logistics companies a total of EUR169 million (US$225 million) for participating in four distinct cartels from 2002 to 2007 that aimed to fix prices in breach of EU antitrust rules.

“The freight forwarders colluded on surcharges and charging mechanisms concerning important trade lanes, in particular the Europe-USA and the China/Hong Kong-Europe lanes,” the commission said in a press release on March 28.

The cartel participants organized themselves into a group called the “Gardening Club” and used vegetables such as “asparagus” and “baby courgettes” as code names when talking about fixing prices, according to the European antitrust body.

“In times of crisis, it is all the more important to stamp out the hidden tax that cartels impose on our economy,” said Joaquin Almunia, commission vice president in charge of competition policy.

“These cartels affected individuals and companies shipping goods on important trade lanes. Many European exporters and consumers of imported goods may have been harmed as a result. Companies should be aware that crossing the line and colluding on prices comes at a high price,” he added.

Deutsche Post, including its subsidiaries DHL and Exel, received full immunity from fines for being the first to reveal the existence of the cartels to the commission, the regulator said.

Deutsche Bahn (including Schenker and BAX), CEVA/EGL, Agility, and Yusen received reduced fines for cooperating and providing evidence that helped the commission uncover the cartels.

Panalpina in a press release on March 28 said that the infringements likely did not affect prices paid by its customers.

On the other hand, Kuehne + Nagel’s chairman Karl Gernandt said the commission “has not correctly investigated the facts…and Kuehne + Nagel’s comprehensive cooperation throughout the investigation was not adequately acknowledged.” This is the reason the company is thinking of appealing the decision before the European courts, he said.